Kersti’s journey with Debut began in 2010 when she undertook courses in Spray Tanning and Classic Lashes and Level 2 Beauty. The same year… 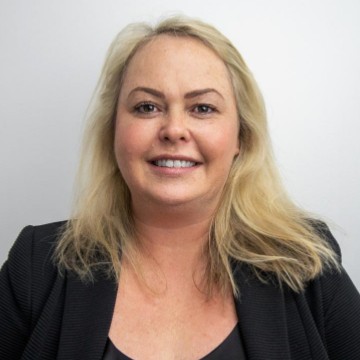 Kersti’s journey with Debut began in 2010 when she undertook courses in Spray Tanning and Classic Lashes and Level 2 Beauty. The same year she completed training in Reflexology at South Essex College, returning to Debut in 2011 completing Level 2 Nails, Gel Polish culminating in gaining Level 3 Beauty in 2012.

During 2012 she was amongst several to be nominated towards Beauty Student of the Year with South Essex College and gained third place overall and achieved 3rd Place in Debut’s own Awards for Top 10 Students of that year. Kersti worked as a Therapist at Greenwoods Spa and Debut as well as having her own client base working from home.

Kersti had the calling to become a Tutor joining Debut Academy in 2014, whilst working towards and gaining her Level 3 Certificate in Assessing and undertaking Elemis Spa Therapy brand training. She has completed industry training in Brow Fusion, Lava Shells, Entity Gel, Kooky Nails, Couture Spray Tanning, Threading and Secsi Lashes. During 2016 Kersti not only gained her Level 4 Certificate in IQA Assessment Process but also embarked on a Level 5 Diploma in Leadership & Management, qualifying in spring 2017.

Kersti continues to provide the services as a Centre IQA and her expanse of knowledge and training has been invaluable in overseeing the generation of NVQ learner workbooks, tutor guides and pre-manuals for diploma courses. She supervises the enrolments for Level 3 and 4 qualifications where learners are applying for advanced learning loans for their training fees.

Her promotion to Business Development Director in 2016 now sees her overseeing moderation processes across the centre such as reviews, attendance, tutor performance/CPD and standardisation of training delivery meets the requirements of the Awarding Body VTCT and HABIA. Recently she also gained a Level 2 qualification in Information, Advice & Guidance.